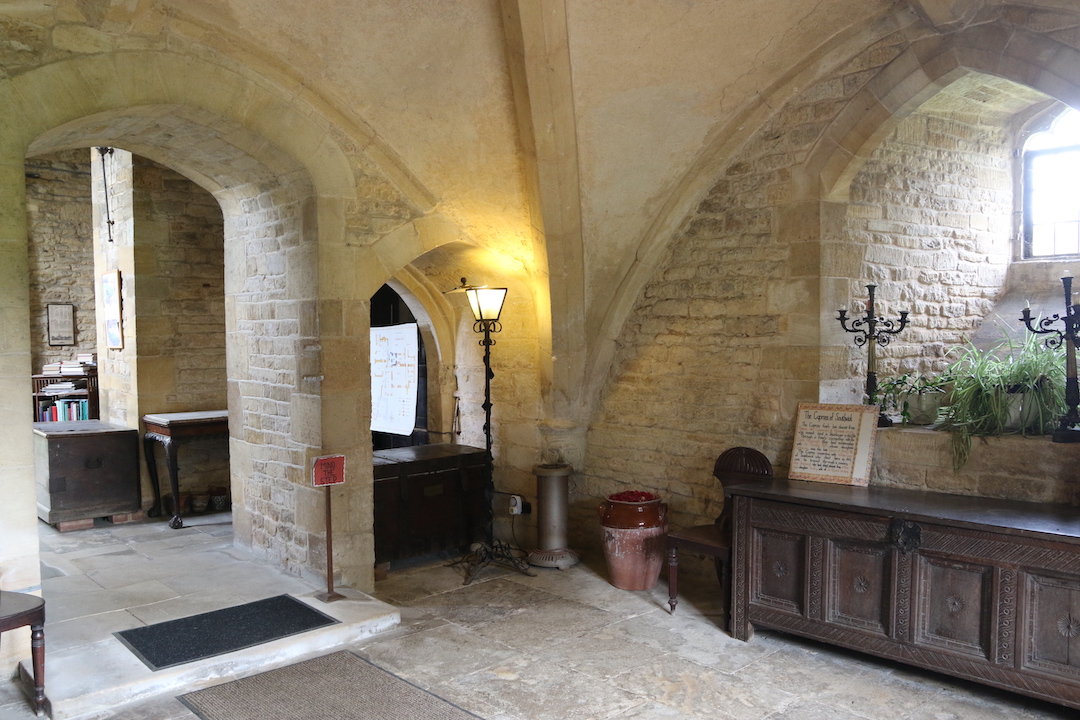 Built in 1320 by Richard Knyvett, an addition to his father's house of 1300, as an interconnecting but separate block. In medieval times the low arch was the only entrance from the house to this undercroft. For centuries, until the start of the Caprons' tenure (1840s onwards), this was the rear of the house and faced farm buildings.
‍
The first George Capron 'turned' the building around so that the front faced the sun. The present doorway was created in 1909, the undercroft  becoming the entrance hall of today.
‍
The fact that this corner was once considered periphal by comparison to the rest of the house, possibly accounts for some graffiti recently discovered in the leaded windows – probably etched by children. The vault in the Crypt also presents some intriguing graffiti: a 'daisy wheel' (or hexafoil), common in witchcraft, designed to repel evil spirits. 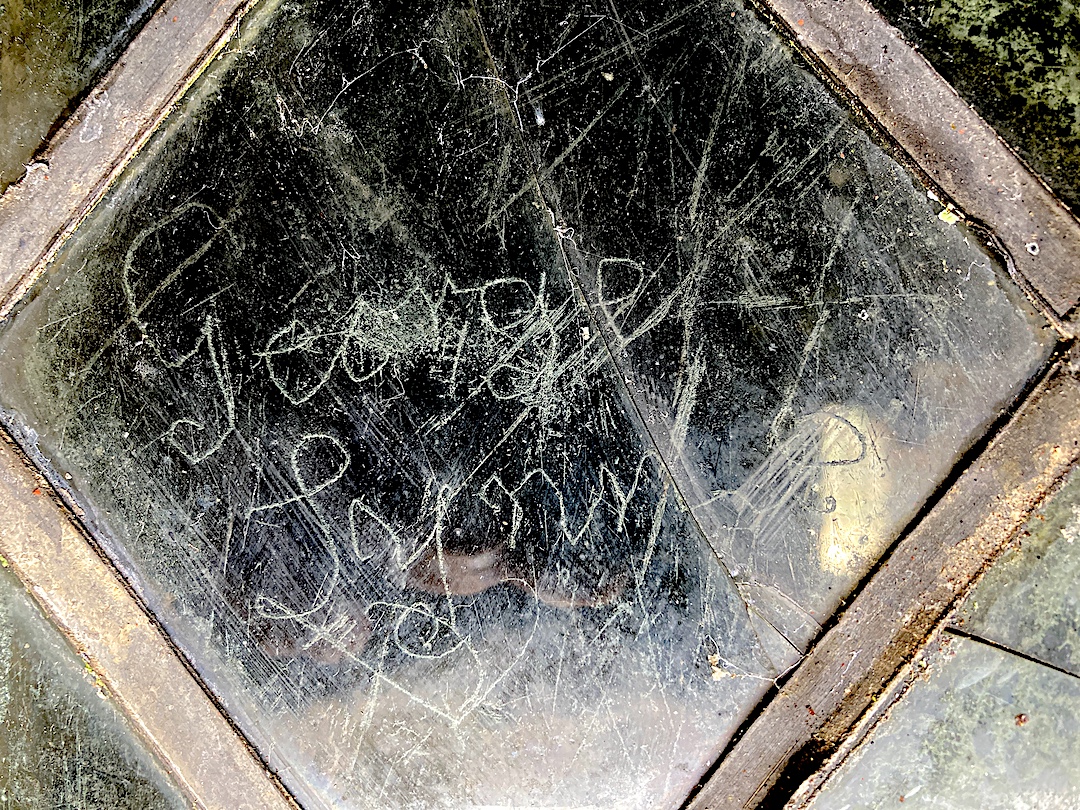