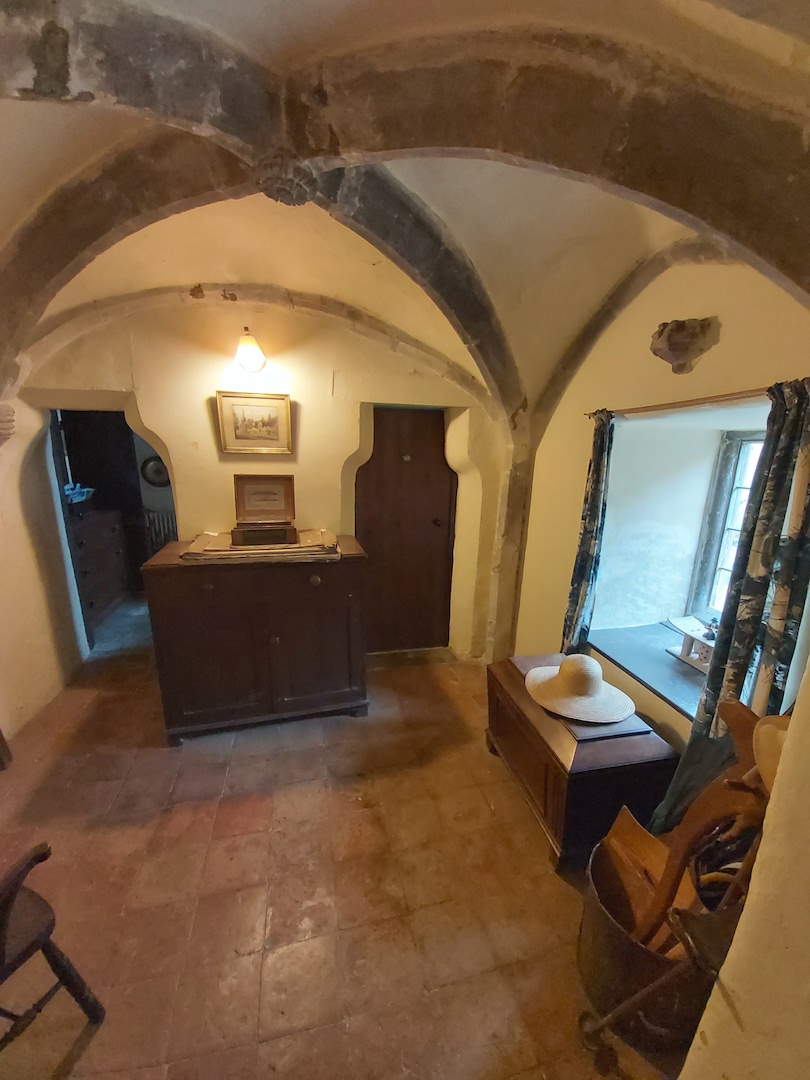 ‍
This is the oldest part of the house, built about 1300 by John Knyvett. The doorway which communicated with the Main Hall has been blocked, but on the west side are two other doorways with shouldered heads (typical of the period 1290-1320).One of these opened into the room below the Solar, and the other to the foot of the stair, which was the only access to the Solar itself.The vaulting was probably inserted in the 15th century, and in the 18th century the stair was replaced by a wooden one.

This is dominated by the circular turret which forms part of the medieval house. On the north side were the dairy, laundry and beer cellar. The oldest part –containing a cruck, a large fireplace beam and a blocked arch – was probably the brewhouse, or possibly the kitchen. On the west side a kitchen with rooms above was built in the 19th century.
‍